This application note will discuss how to adjust the backlight of a TFT using an HDMI connector module. The HDMI connector board is useful when connecting a display to a controller such as a Raspberry Pi. An HDMI board serves two primary functions. One is the conversion of the RGB interface to HDMI, which removes the need for individual GPIO connections. The second is for the purpose of adjusting the backlight on a TFT display. This will be the primary focus of this application note and will highlight the functionality of this module.

The display used in this application note is a 4.3” TFT with 480x272 pixel resolution. Additional featuresof this display are below. Part number: E43RG34827LW2M320-N 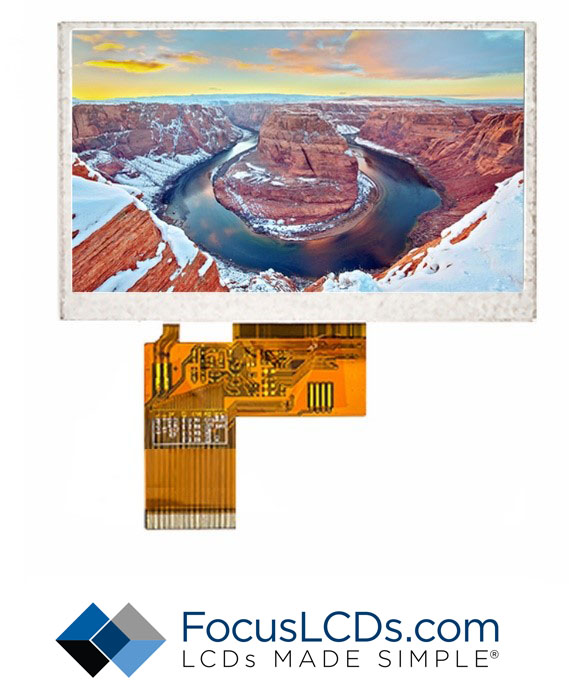 The HDMI module referenced in this application note is part M_E43RB_HD and is seen below. Key features of this module are: 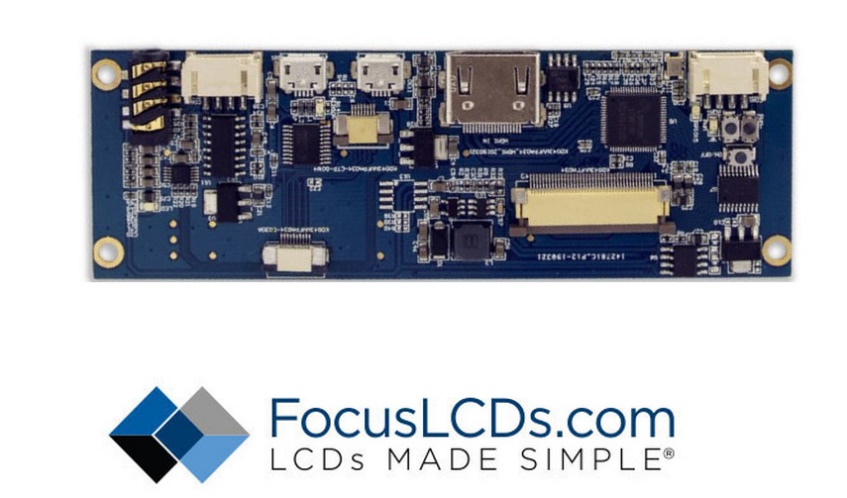 Adjusting the brightness of LEDs in connection to the Raspberry Pi can become complicated over an HDMI interface because there is not direct access to the backlight LED circuit. The HDMI connector module is a solution for backlight adjustments and has variable resistance to control the power provided to the backlight. This control is done conveniently through push buttons on the front of the board.

3. Connection to the Raspberry Pi

The TFT display has an FPC cable with 40 pin connections. This FPC cable should be placed in the connection port available on the HDMI connector module. The HDMI module takes the display’s 24-bit RGB data signals and converts them into an HDMI interface. This makes connecting to the Raspberry Pi as easy as connecting an HDMI cable between the two devices. 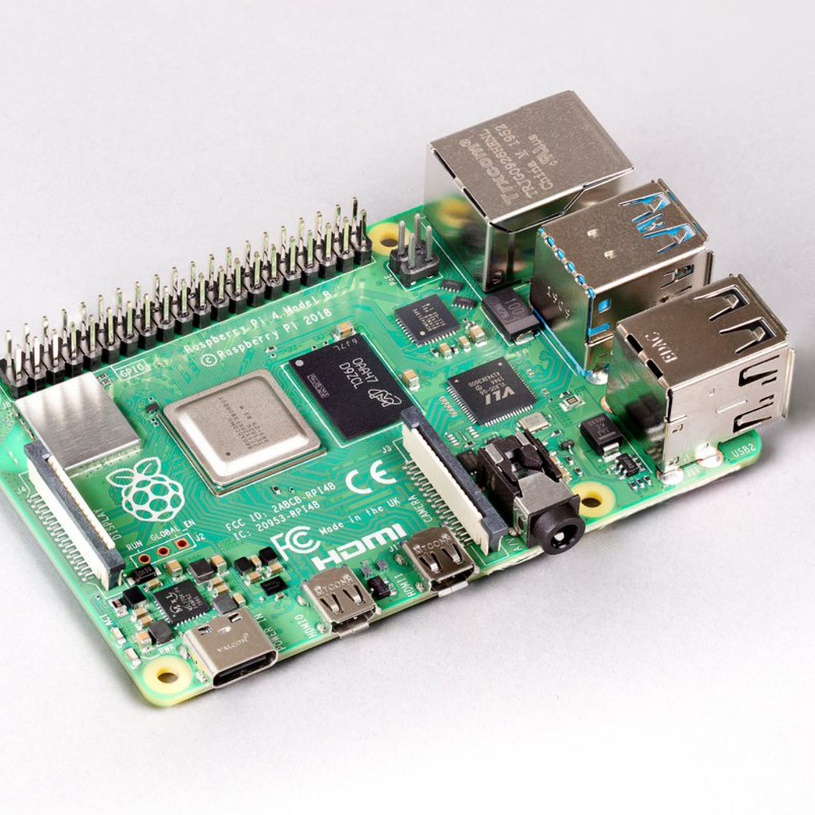 Once connected and powered the display should boot up into the operating system. The NOOBS bootup sequence should recognize the display and calibration parameters. If the display is not recognized you can adjust the configuration file “config.txt” further detailed HERE. The display in this application does not have a touch interface. Capacitive touch is supported by the Raspberry Pi and can be connected through a micro-USB cable on the HDMI connector module.

The left button will decrease the backlight power and the right will increase it. The top button is an on and off switch for the backlight. The option to dim or turn off the backlight is beneficial for battery powered devices as the backlight has the largest power consumption of the device. These three buttons on the board control the power through analog variable resistance. The push buttons provide a convenient solution for backlight adjustment with an HDMI interface without the need to reprogram the device.

The functions provided by the display’s driver IC provide the option for pulse width modulation, or PWM, of the backlight. The PWM can adjust the backlight by specifying the duty ratio and on cycle length of the on and off cycles of the LEDs. This method adjusts the backlight brightness by cycling through the on and off states of the backlight LEDs. A longer “ON” pulse width will result in a brighter display, while a longer “OFF” pulse will result in a dimmer display. The PWM duty cycle can be in a range from 50% to 90% with the default value being 70% unless otherwise specified. The frequency of the cycle is defined in a range from 31.37kHz to 137Hz.

Another method is to adjust the gamma of the display. This method does not change the backlight power. Instead adjusting the gamma of the RGB signals will change the difference between the dark and light pixels which will give the perception of a lighter or darker image. The display driver has a register for changing the gain of each of the red, blue, and green values of the pixels. The gamma is related to voltage by the following equation:

Where Vout is the output voltage adjusted by a defined gamma, A is a constant (TYP. 1), Vin is the input voltage, and y is the gamma. The display’s gamma decoding occurs in the display’s driver IC through a digital to analog converter. Below is a reference of an image at different gamma values.

The HDMI connector board M_E43RB_HD is a convenient solution for quickly connecting to a microprocessor. The module converts the RGB interface signals to the HDMI interface to make connection to a Raspberry Pi as easy as attaching an HDMI cord between the two devices. There is an additional benefit to having analog push buttons on the device to adjust the power supplied to the backlight LEDs. These buttons can increase or decrease the brightness of the display. Adjusting brightness through the Raspberry Pi can become complicated through the HDMI interface. The display in this application has an embedded driver IC that allows for pulse width modulation of the backlight LEDs and registers for gamut decoding. The use these features you must program the functions through the connected microprocessor. For more information on these products visit FocusLCDs.com!