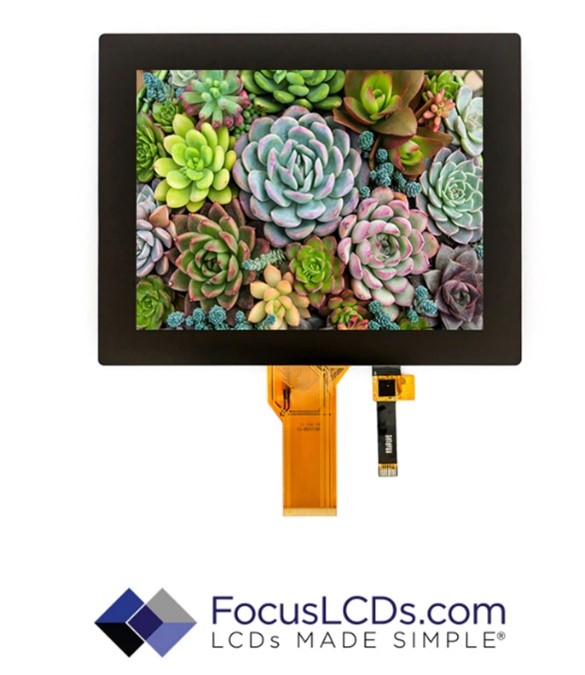 Noise can come from a number of locations which can be internal or external to the display. The noise can come from display communication, radio waves, external peripheral devices, and battery chargers. LCDs with thinner and closer electronics are increasingly prone to electromagnetic interference. The capacitive touch sensors in a display can often receive interference at levels that mimic touch signals.

It should be noted that non-electrical interference can occur and cause inconsistencies in capacitive touch sensing. These interferences can include temperature, humidity and operating environment can impact the baseline for the capacitive touch readings. Calibration measures can be implemented to detect baseline conditions and prevent inaccuracies. 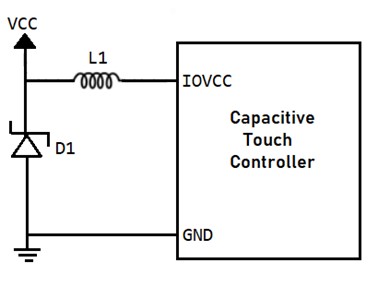 The other prevention applies to how the capacitive touch data is collected and filtered by the controller.  This can be done through adjustments in the software to identify and reject false negatives.

An effective way to reduce electromagnetic interference on the capacitive touch sensor is to shield the controller from external interference. Shielding the controller prevents external noise from entering the system and offers the option to increases the sensitivity of the of the touch sensor. The shield can also reduce parasitic capacitance between the sensor and the ground which further reduces internal noise of the system.

Shielding the controller from interference can include housing, tapes, and glues to prevent external frequencies from interfering with correct measurements. This also gives an opportunity to ensure proper signal grounding.  Housing can also prevent fluctuations in environmental factors such as moisture and temperature. The shield can be conductive or nonconductive material.

Touch sensors can be influenced by noise when not properly grounded. To ensure the device is properly grounded, it is important to decrease the impedance path to earth to cancel out unwanted noise. Effects such as noise immunity and display drift are responses to poor grounding. Keeping the connections to ground as short as possible can ensure that impedance is kept to a minimum.

Avoiding unnecessary conductive parts can aid in noise prevention. Each additional connection can add impedance to ground and introduces parasitic capacitance effects on the system. To ensure proper grounding, all conductive parts should maintain the same electrical potential ground of the system.

The voltage can be ensured through the implementation of a voltage regulator. Regulating source voltage can improve noise immunity by reducing the ripple on VDD. Adding a series resistor to the sensor pins will create a low pass filter for high frequency data acquisition. The high frequency noise will be be cut off as the resistance increases. 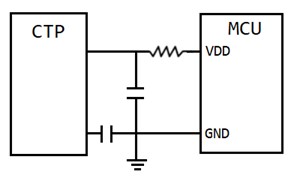 Filtering can be implemented to account for noise on the capacitive touch controller. The touch sampling can be done over multiple frequencies and compared to identify accurate touch events. The false positives can be filtered out and the unaccounted-for touch events can be measured. 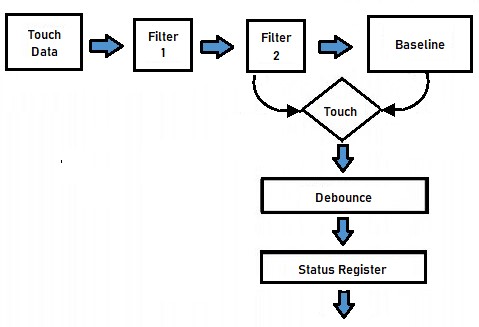 Real time adaption can be implemented to sense environmental factors such as humidity, temperature, and dust to update the reference capacitive over time. Detecting changes in the environment can be referenced against historical parameters to reduce the impact of the environmental change on the data.