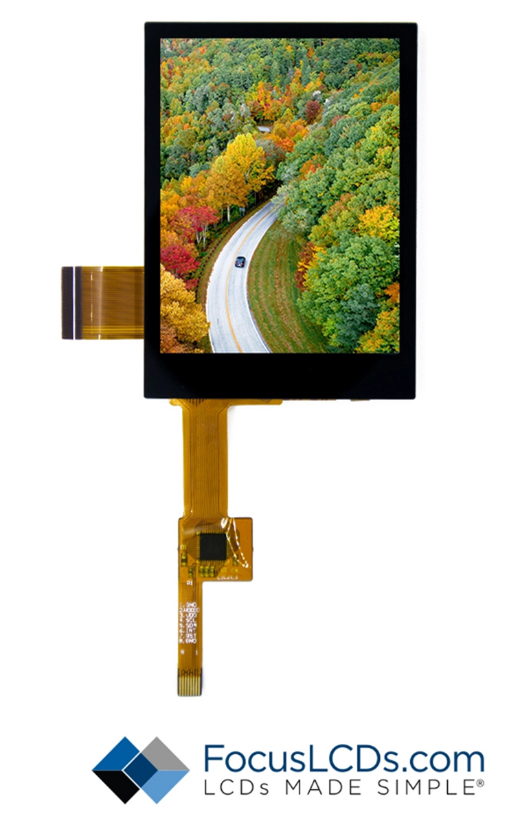 Touch panels, both resistive and capacitive, are made of a few unique components that can be chosen based on the application. The touch interface of a display is comprised of a touch sensor embedded in film or the cover glass of the display. The sensor is then controlled and processed by an independent touch IC. The touch sensor then sends the input signals to the external display and touch processor.

This note will discuss the unique features and constraints of the two touch panel options for LCDs, with emphasis on the differences between each technology and their price ranges. 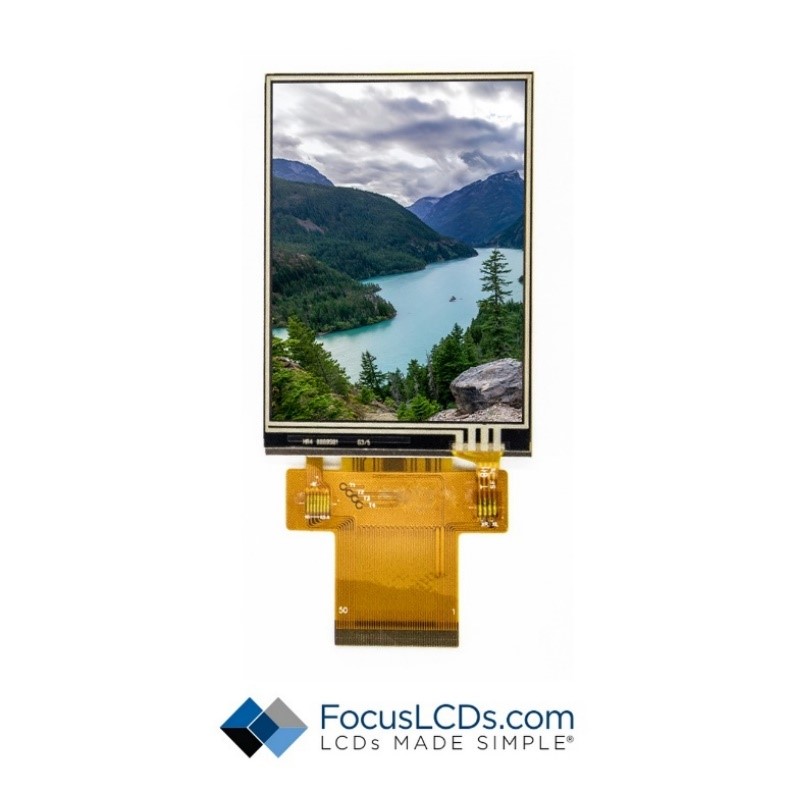 A resistive touch panel can be incorporated into the glass or film on the surface of a display. The film or glass has a conductive layer on parallel surfaces that complete a circuit when pressed together. The sensor can then measure the voltage at different positions when the layers are compressed. This is done with an internal voltage divider circuit that has various resistances at different locations on the screen. The options for resistive touch panels are available in four and five wire resistive touch configurations.

Voltage across the panel is measure in the positive and negative x and y axis. The touch panel is connected through four or five wires that represent these x and y direction signals. Each connection pin represents the direction and positive or negative orientation. Four and five wire resistive touch panels both work by sensing the voltage at the location pressed in with these coordinates.

Capacitive touch panels are a more modern method of integrating a touch interface with a display. This type of touch panel uses an array of capacitors to determine where on the surface the user is touching. This is done by grounding the capacitors when a touch is detected, thus discharging them at that particular display location. These changes in capacitance can be calibrated for very reliable and accurate measurements.

Similar to resistive touch panels, capacitive touch sensors are located in between an insulative glass and a conductively coated film, but they are more accurate at determining the precise touch position.

There are multiple different types of capacitive touch panels. Each type is most commonly defined by the number of touch locations that the sensor can detect. Touch location options for capacitive touch panels consist of 1-point, 2-points, 5-points, and 10-points. The number of points does not include the ability to detect gestures on the display. 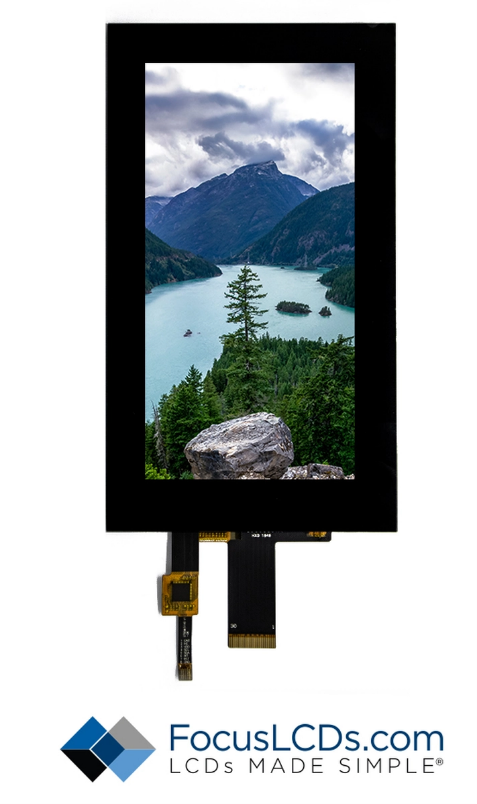 Capacitive touch panels can be more expensive than resistive touch panels due to the advanced nature of the technology. These touch panels require a special controller IC that measures and controls signals to accurately determine touch locations. The precision of a capacitive touch panel is only limited by the display size. Therefore, they are a best suited for larger displays requiring touch capabilities because the surface area is large enough to enable precise touch sensing.

When deciding which touch panel is the best option for your application, it is important to assess the advantages and disadvantages of each technology.

Another advantage of resistive touch is the ability to detect touch with gloves or a stylus. Capacitive touch sensors often only detect gestures supplied by bare hands due to the sensing requirements. This makes resistive touch panels superior for harsh temperatures as well as industrial, medical, and outdoor applications.

Capacitive touch panels require a conductor, such as the human body, to discharge the capacitors to implement the touch detection. This means that the touch events will not be processed for insulated, non-conductive objects. For example, wearing gloves can prevent the sensor from communicating the touch event. However, it is possible to integrate non-conductive touch into your capacitive touch panel with the addition of a high-tech sensing chip.

An additional advantage of capacitive touch panels is their sensitivity to a touch’s location. Their sensors can detect multiple touches at a time, allowing the implementation of gestures. An example of multi-touch gesturing would be zooming out of an image on the display by pinching two fingers together against the screen. This is an advantage over resistive touch sensing which can only detect one touch location at a time. 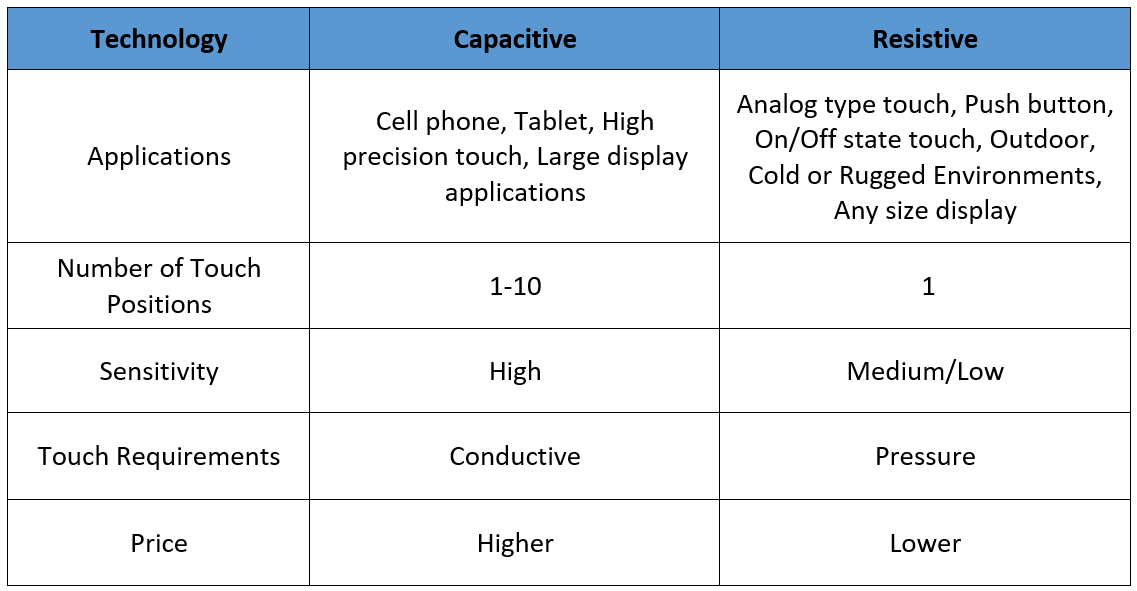