MIPI DSI is a high-speed interface that is used in applications such as smart phones, tablets, smart watches, and other embedded display applications. The Mobile Industry Processor Interface Alliance (MIPI) developed a serial communication protocol known as the Display Serial Interface or DSI. Other display interfaces such as RGB and parallel require a higher number of pins to support high resolution and refresh rates. The MIPI display serial interface requires fewer pin connections while maintaining the same level of performance. 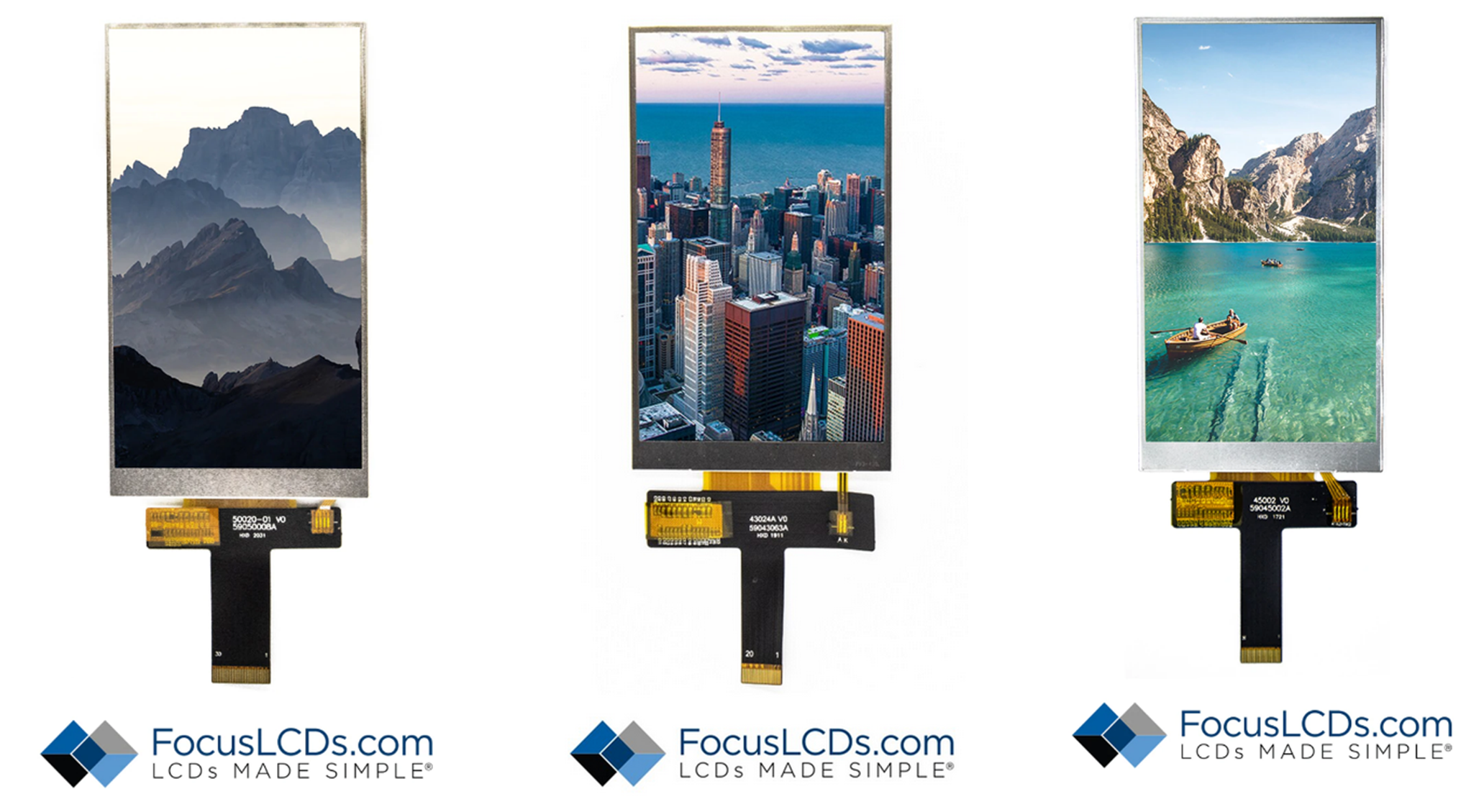 MIPI DSI displays have the advantage of high-level graphics at a reduced complexity of signal routing, PCB design, and hardware costs. The MIPI interface uses low voltage differential signaling to transmit data at high frequencies up to 1Gb/s. The communication is done through low voltage signaling which has the benefit of low power operation. The MIPI DSI protocol allows designers to incorporate high speed, low power, and low EMI displays through a sleek, efficient interface.

The MIPI DSI interface can operate at very low power to preserve battery life. These display’s also produce very low electromagnetic interference because the signaling is done through equal positive and negative data and clock lanes. This interface can also be operated at a wide range rate of data transmission to further reduce interference on peripheral devices.

This makes MIPI a popular choice in the display industry because it supports high resolutions and color depths without increasing the number of required data lines. Display applications benefit from the ease of connection which reduces system complexity and total expense. This resource will review the MIPI DSI communication protocol, including the common terms and considerations for operation.

The interface level is comprised of different states that drive the data differentially for both high speed mode and low power mode. The states that the interface can switch to is dependent on the current state. The next state is then indicated by driving the positive and negative data lanes high or low as specified by the state codes. The state codes are defined in the table below for the high speed and low power modes.

The interface level is determined by the application and the capabilities of the host processor. This level will specify the start and stop positions of the data, the characteristics of the clock, and available functions of the interface.

Packet level communication is used when sending image data to the display in short (4 bytes) or long (6 to 65,541 byte) packets. Both long and short packets are used to specify packet size, packet data and error correction. Short packets can be sent for commands that do not require data. Longer packets can be used to send commands with multiple bytes of data and image data.

The commands indicate display operation and functions executed by the embedded display IC. The commands range from memory control, gamma correction, pixel formatting and porch control. The system commands and functions are similar to other display interface commands and are chosen based on the display’s intended application.

The packets are sent in a specific sequence to indicate packet size and error correction codes. The interface level low power stop state is used to begin and end the packet data. The data ID includes information like if the packet is long or short. The word count for the long data will indicate how many bytes of data will follow. The check sum and error correction bytes are specified by the controller for specific functions.

The data is sent in bytes with the exception of the word count and the checksum which are sent as two bytes. The long packets are typically used to send display data and the short packets are used to specify command registers. The first byte is the data identifier byte that includes two bits for the virtual channel identifier. The MIPI DSI can command up to four peripherals using this virtual channel ID.

There are two operating modes for sending data to the display for the MIPI DSI protocol. The communication can also be categorized into two modes: Command and Video. The command mode is used for sending commands into established display registers. The video mode is used to send a continuous stream of data to the display. Each mode can use short and long packet types. Command mode can be operated at high speed and low power where video mode can only operate in high-speed mode.

A factor in choosing which mode to operate the MIPI DSI display can be dependent on the location of the frame buffer. Displays that do not contain internal memory for the image data will have to operate in video mode. Certain displays provide RAM for the frame buffer and the image can be written to and read using specific commands. Command mode can be used for displays that have access to frame buffer memory to display images.

Command mode is what is typically seen with interfaces such as SPI, 8080/6800 parallel MCU, and I2C display controllers. It can use short and long packets to write and read from the display. It is more common to use short packets when in command mode because the display registers require one or two bytes of data. The commands are a standard set of controls defined by the MIPI Alliance and can be found in the display controller data sheet.

Video mode is when data is sent as a real time pixel stream. This mode relies on the host processor to provide a constant stream of image data that is continuously refreshed. Video mode can be used when the frame buffer is not provided by the display controller. A frame buffer is not required to operate in this mode because the image data is not stored. 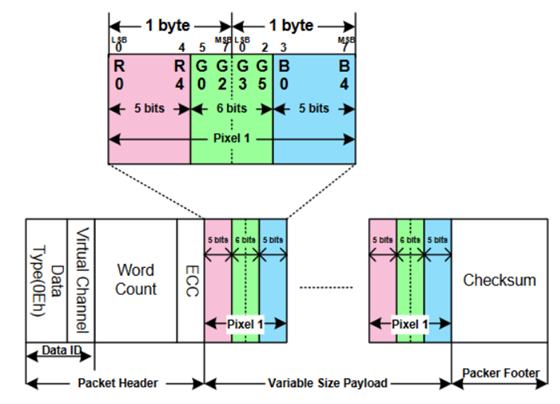 Packet level communication in video mode is sent as a constant stream of pixels in a specific sequence. The data is sent to the display in real time and is not stored by the display controller. The packet data is sent similarly to command mode but can only operate in the high-speed interface level.

The video mode must be continuously refreshed because the image is not stored in any memory location. This means that the controller frequency must be high enough to support a refresh rate of 60Hz or the display will lose its image.

The total packet transmitted in video mode consists of synchronization control signals and the pixel data. If there is no RAM provided by the display, video mode will be used, and a continuous stream of the packets should be enabled. The processor will have to provide the stream of data continuously.

External memory can be used to store the frame buffer remotely from the display. This method presents similar timing and power constraints. The frame buffer must be continually refreshed to avoid flickering and loss of image. This means that the processor will have to fetch the data from the external buffer and transmit this information to the display at a transmission rate that is fast enough to meet the framerate requirements. This increases power consumption of the system, system memory and display controller.

Displays that do not contain an internal framebuffer memory location are often less expensive. This shifts the responsibility to the controller to provide either the memory or clock speeds. There are two options available when internal RAM is not provided by the display. The host processor can provide display memory if there is enough to support the high-level graphics. The other option is to use the video mode where the image data is streamed and not stored. The constraint of this option is the higher bandwidth, power consumption and calculating the synchronization events.