The customer was purchasing a 40x2 character display from the same supplier for 10+ years, when that supplier discontinued the LCD. The customer had estimated the total number of displays needed to complete all future production orders and placed a last time buy, but their sales increased, and their inventory ran out.

The customer planned to continue production on this unit for five more years and then support repairs for an additional five years. There were too many units in the field, and they couldn’t redesign their product for a different display. They needed a 100%, equivalent, drop in LCD replacement.

Not only did the replacement LCD have to match the dimensions of their previous unit, but their current firmware had to operate on the equivalent display.

The LCD glass and bezel had to be custom built to match the discontinued displays.

The ITO (Indium tin oxide) glass was cut to the exact dimensions of the previous LCD.

A mold had to be built to form the bezel; and the color of the previous bezel had to be matched. It is possible to order the bezel in several different colors, including: silver, grey and black (most popular) 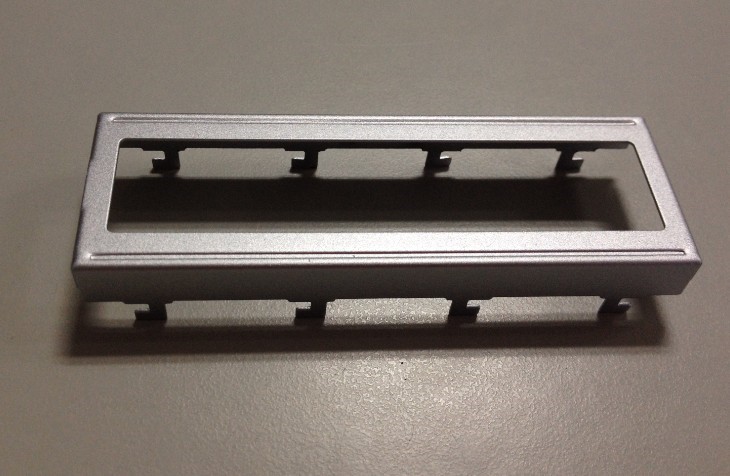 Metal Bezel that holds the LCD glass to the PCB

The PCB (Printed Circuit Board) was redesigned to allow a standard header to be placed into the board without being bent. Also, the four mounting holes were placed to match the customer’s current mounting bracket.

Below is a breakdown of the different types of fluids.

Twisted Nematic fluid is the least expensive and has the narrowest viewing angle.

Film Super Twisted Nematic fluid is more expensive than STN and offers a sharper contrast than TN and STN.

Half-Life of the Backlight

The customer’s previous LCD was using an EL (Electro Luminescent) type of backlight. EL backlights are thinner than LED (light-emitting diode) backlights and provide a more uniform discernment of light, but they have a much shorter half-life.

Note: Half-life is the amount of time in hours before the display or backlight is ½ (50%) as bright as when it was first turned on. This is not when the backlight burns out.

El backlights are driven by AC, where LED backlights are DC driven. It was not possible for the customer to switch their product from AC to DC, so the replacement display required an EL backlight.

Future designs of this product may switch to a DC backlight.

Are you in need of a replacement LCD display for your discontinued module?