Most of us have used touch screens at one time. They can be found in tablets, smart phones, hotel kiosks, bank terminals and even gas pumps.

The popularity of touch screen technology, also referred to as ‘touch panel’ or ‘user interfaces’, has increased a great deal in the last few years. The integration of user interfaces combined with LCDs is becoming increasingly popular. It is estimated that touchscreen revenue will reach $16 billion in 2012, and nearly double in six years,reaching $31.9 billion by 2018. This figure is for touch panels used in all equipment, not just for the medical segment.

Why are touch screens becoming more popular in medical devices?

One main reason for the migration to touch screens in the medical field is the reduction of clutter by eliminating additional peripheral devices such as a mouse or keyboard. Additional external components such as buttons, switches and dials are also being phased out. These added controls tend to increase the size of the product and the probability of component failure over time.

By removing the external components and replacing them with a touch screen, all available user options can now be displayed as a menu on the screen of the LCD.

A second advantage of touch screens over buttons, switches, and dials, is the ability to easily upgrade equipment. Since touch screens are software driven and independent of a product’s hardware, older medical instruments can be upgraded with new software to meet current standards of compliance, while at the same time adding additional functionality.

The updated software, also referred to as firmware, will display new menu options and may even include the latest user manuals, training documents, or calibration instructions.

A third benefit of touch panel technology is the ability to manufacture a single product that will function in multiple countries by displaying information in a variety of different languages. This can be accomplished by writing touch screen software that supports each language and font. Once your product arrives in Germany, Mexico, India, etc; the user simply installs the language pack for their location.

This article is focused on the two most popular touch screen technologies: resistive and capacitive; and how they can be integrated into environments such as hospitals, ambulances and battle field medical environments. We will also introduce new touch panel technologies that are in development and how they may benefit the medical instrument industry.

A quick intro into touch screens and how they work

The two most common touch screen technologies currently in use are resistive touch panel and capacitive touch screens. Both use a screen overlay that is applied to the top of an LCD’s glass with the goal of being transparent and reflecting as little ambient light as possible.

These technologies can be integrated onto almost any LCD module, ranging from the simplest segment displays found in handheld thermometers, to high resolution, color displays used on ultrasound and medical imaging equipment. 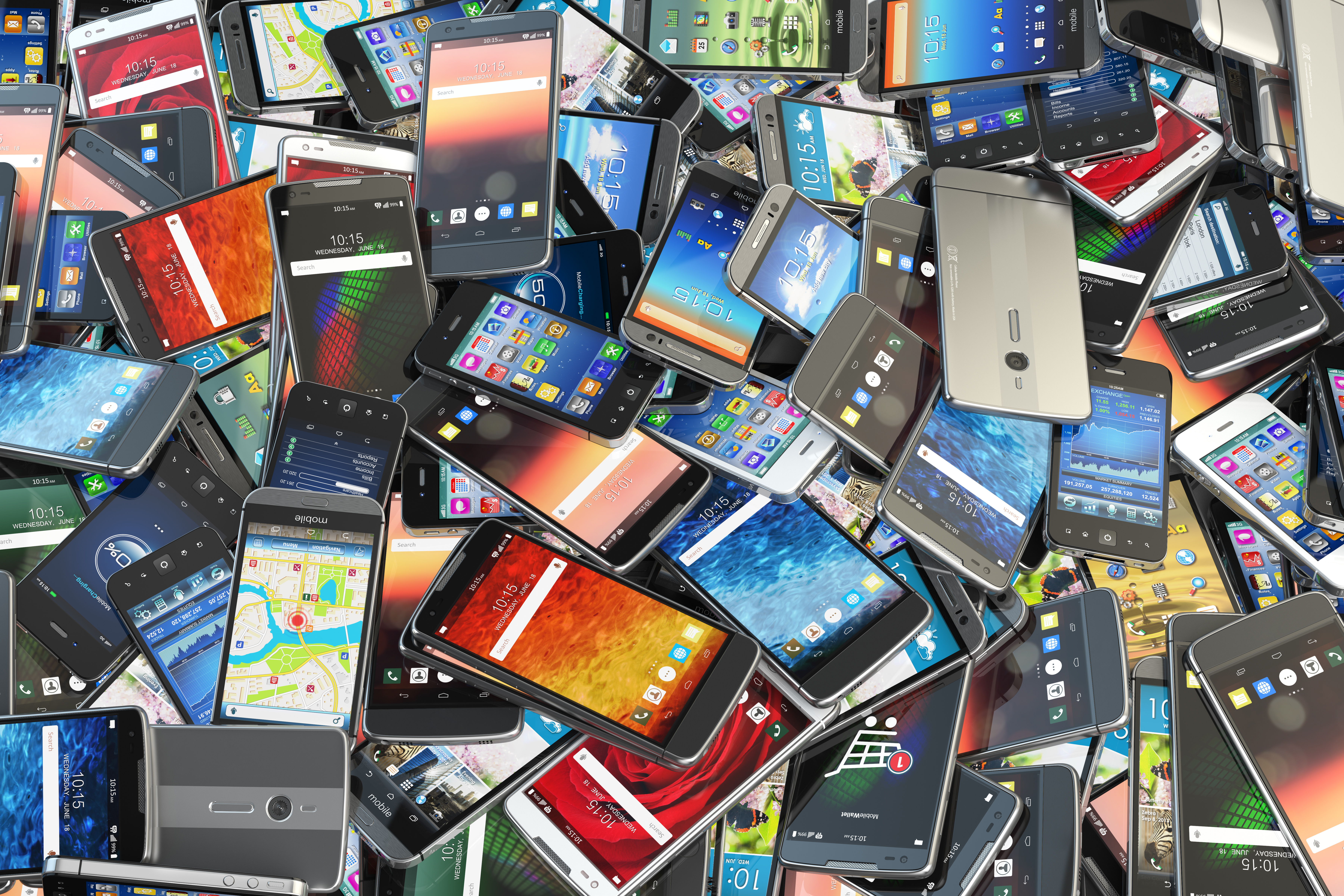 The resistive touch screen is very thin and constructed by combining layers of material with a small air gap between each layer. When pressure is applied to the top layer, it makes contact with the layer beneath and creates a short circuit. The touch screen is then able to calculate the exact location of the touch.

One of the main advantages of resistive touch screen technology, also referred to as touch sensitive, is the freedom for the user to choose any type of stylus; A stylus is a device used to make contact and apply pressure to the top layer of the touch panel. Resistive panels are activated by pressure and do not care if contact is made with a bare finger, fingernail, gloved finger, edge of a credit card or the soft end of a pen. In comparison, capacitive touch technology requires the user to use a bare finger or a special capacitive coated stylus to activate the interface. This makes resistive a good choice for devices where the operator is wearing gloves or may not find it convenient to use the tip of a finger.

This type of interface is an ideal solution to be used in medical instruments designed for harsher environments. This includes ambulance and military service, where the operator is wearing gloves or touching the panel using any stylus that is convenient at the time.

Ability to operate in a wide range of environments:

The ability of the resistive touch screen to operate in a wide range of environments is another big plus. It can function in high humidity, ultra-low temperatures, noisy surroundings or in a variety of other harsh situations. This makes resistive a good choice for medical equipment that is located away from controlled atmospheric locations such as operating rooms and air-conditioned doctor’s offices. Ideal applications may include portable diagnostic equipment used by search-and-rescue services and clinics located in third world countries.

Another advantage of touch sensitive interfaces is their affordability and simplicity to integrate the touch panel with a standard or custom LCD. Resistive overlays are the most economical touch panel option and require minimal programming to integrate with an LCD module.

Their affordability makes them a good option for medical instrumentation without breaking a budget; examples include high volume consumer products or disposable medical devices such as a glucose reader, or thermometer.

Although a resistive touch screen can accept a stylus constructed of most any material, the top layer of the panel can be easily damaged by both sharp objects and excessive wear. When the top layer is damaged, it loses much of its sensitivity. An example of this can be seen on credit card readers where a pen stylus is used to digitally sign the top of the display. When the touch panel is damaged, you must press extra hard before the machine recognizes your signature.

Certain styluses, such as a sharp pen, fingernails, or the edge of a credit card can scratch and damage the thin film and should be avoided when possible.

The usable lifetime of a resistive touch screen can range from 10 million to 35 million touches. This number would seem to exceed the life time of most medical products, but it should be a design consideration for some consumer medical products.

It is possible to replace the damaged touch screen on a display, although the cost to replace may exceed the replacement cost of the entire medical instrument. The replacement should be performed by the instrument’s manufacture or a qualified repair facility.

A second downside to resistive interfaces is that they tend to reflect strong ambient light, similar to what is found in bright offices or direct sun light. This reflection can make the display difficult to read in well-lit environments. Touch panel manufactures are developing new materials and coatings to reduce the reflex index of the top layer.

Does not support multi-touch:

The majority of resistive panels do not support multi-touch functionality. Multi-touch allows the user to trigger several areas of the LCD glass at the same time; this offers features such as zooming in, expanding images and scrolling. There are a limited number of touch panels that now offer multi-touch in a resistive format.

Capacitive touch screens can be found in many consumer products such as cell phones and tablets. The touchscreen panel contains an insulating material, such as glass, coated with a transparent conducting material such as indium tin oxide (ITO). The human body is also an electrical conductor, so that when the surface of a finger comes in contact with the surface of the glass, the electrostatic field is interrupted. The panel is then able to locate the position of the contact

This touch technology does not rely on pressure like a resistive interface does; thereby making the interface more responsive and allowing movements such as swiping and pinching.

Because capacitive touchscreens are more responsive than resistive; this allows them to respond to a very light touch. Newer cell phones and tablets, such as iPhones or the Google Pixel, makes use of capacitive interfaces.

Capacitive touch panels have the ability to sense and track multiple touches simultaneously. The user is able to scroll through multiple menus with a small stroke of the finger, or with two fingers, pinch to zoom in and expand any region of the display.

The ITO coating of a capacitive touch screen offers a very low reflective index. The lower the reflection index, the lower the glare from overhead lights; hence, making it easier to read the display in bright ambient light conditions. This is a big benefit in outdoor applications where direct sun light is a constant issue

The majority of capacitive touch screens require either a finger or a special stylus with capacitive properties. The panel will not recognize a surgical glove or the eraser at the end of a pencil.

There is new capacitive technology that does allow the user to use a non-capacitive stylus.

What does the future of interface technology hold? There are several new technologies under development at this time, but as with all new research, some will become mainstream, and some will fall by the wayside. Below are two new technologies that offer promise for use in medical type applications.

An interface that can identify the user:

A touchscreen that can identify the operator by their touch? The idea is being developed by Disney, yes Mickey Mouse, and would be able to differentiate between various users. This could remove the need for passwords that are currently necessary to log on to medical equipment. An additional feature could allow the equipment to track times when an employee accesses a specific piece of equipment.

A third advantage would be the ability to set permissions on who can access different menus. Supervisors would have access to all menu options, where medical personal with lower clearances would be restricted to view a limited number of menus and be denied access to others.

An interface that reads eye movements:

A new type of user interface technology in development eliminates the need for a stylus by tracking eye movements of the operator. This type of interface used in the surgery room could offer a significant time savings by eliminating the need for the user to move from patient to keyboard/mouse/touch screen and back. Another life-saving advantage would be the reduction of infection by eliminating contact between personnel and the peripherals.

This technology allows the computer to recognize user commands by tracking eye movements. Nurses, assistants or even the doctor would be able to review medical images or adjust setting such as flow rate with the movement of the eye, and never having to move away from the operating table.

Ready to start a new OEM design? FocusLCDs.com is US based. We answer the phone on the first ring.